How Hard is Ultimate? Conditioning by the Numbers 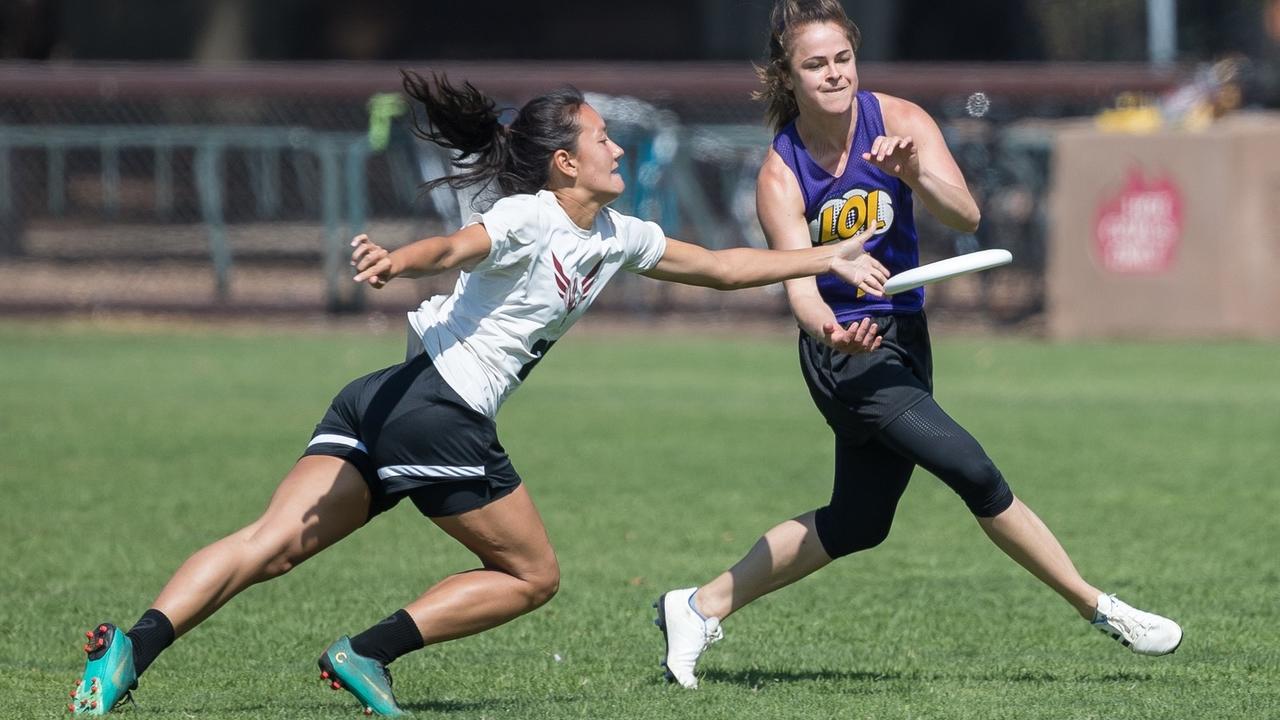 Photo by Rodney Chen for UltiPhotos

Have you ever wondered how hard ultimate really is or argued the matter with your friends? How much of the time are you really active in a match, with all the stoppages and bricks and waiting for pulls? And when you are moving, is it walking, jogging, or sprinting?

While most of us would have to rely on guesswork for this, Dunte Hector of ATX Speed and Strength in Austin has tracked player movement for both handlers and cutters at the upper echelons of the game. As a result, he's uniquely placed to tell us what the conditioning demands of ultimate are. In his own words...

You are wasting your time, energy, health, and talent by running track workouts.

I’m not interested in debating the (limited) merits of 10 x 200-meter track sessions. Most of you run track workouts in order to get in shape for ultimate. Sport science shows that conditioning—training to meet the demands of the game—should resemble the demands of the game. That means swimming a mile every morning will not get a soccer player in shape, for example, because long-distance swimming is endurance conditioning while soccer is burst-and-recover conditioning.

You need burst-and-recover conditioning to play this game. And you probably need far less than you have been led to believe. In order to get in shape for ultimate, you have to know the demands of the game.

How hard is handling at Mixed Nationals? 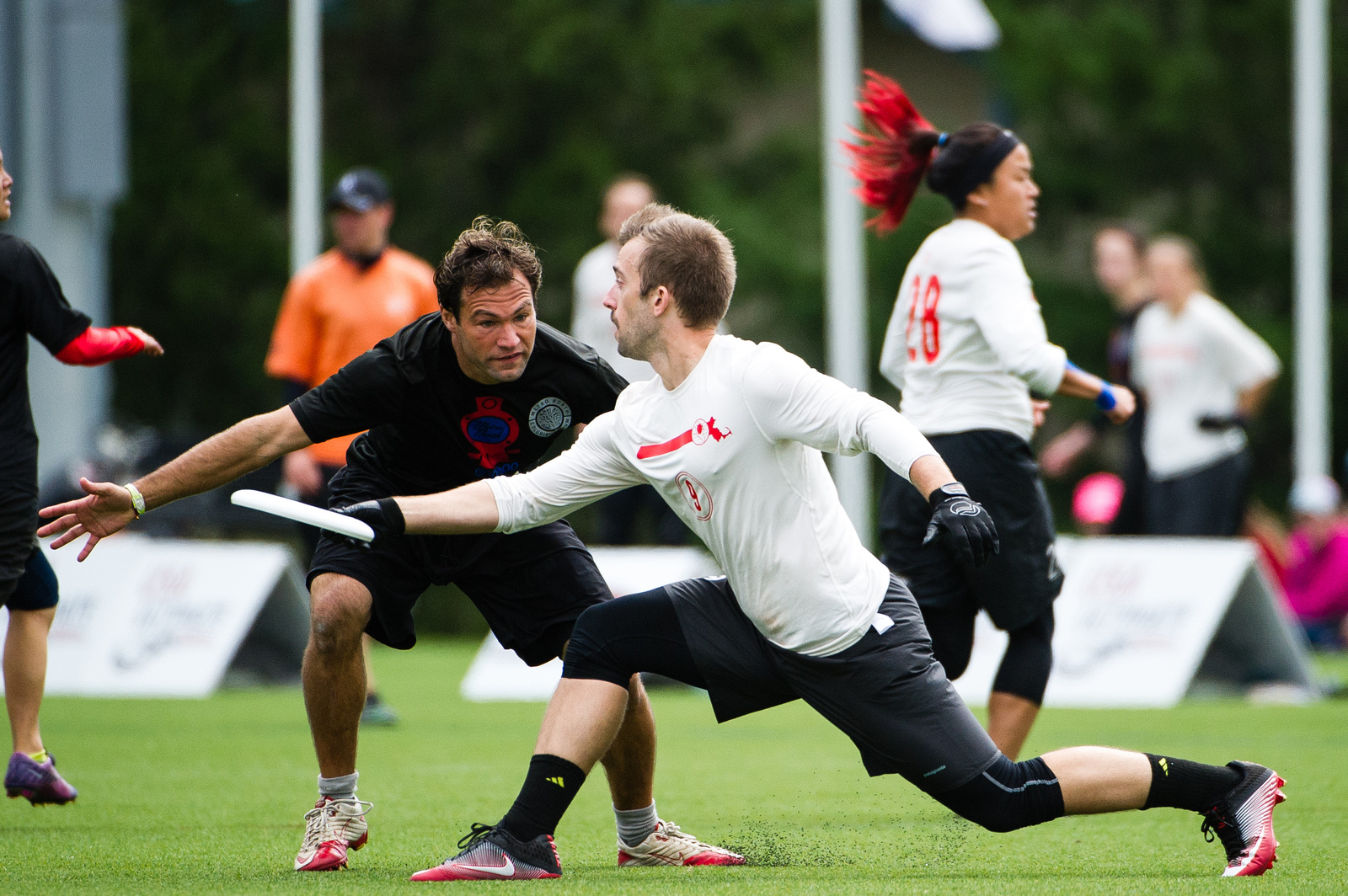 Photo by Jeff Bell for UltiPhotos

I went to Club Nationals 2016 to gather data. In nine games of the mixed division, actual disc movement in most points lasted just 60 seconds. (On average, a point lasted over three minutes, including fetching out-of-bounds discs, disputing fouls, and time waiting before the pull.) Whether male or female, a typical handler made seven hard acceleration efforts during a point. Each acceleration was about six yards. Between those efforts, handlers mostly walked or stood still.

Across all 53 games in the mixed division, the average number of points per game was 24. It can be assumed that any one handler played 12 of those points. That means a typical handler in the mixed division needed about 84 six-yard accelerations during a game at Nationals.

How hard is cutting in semi-pro? 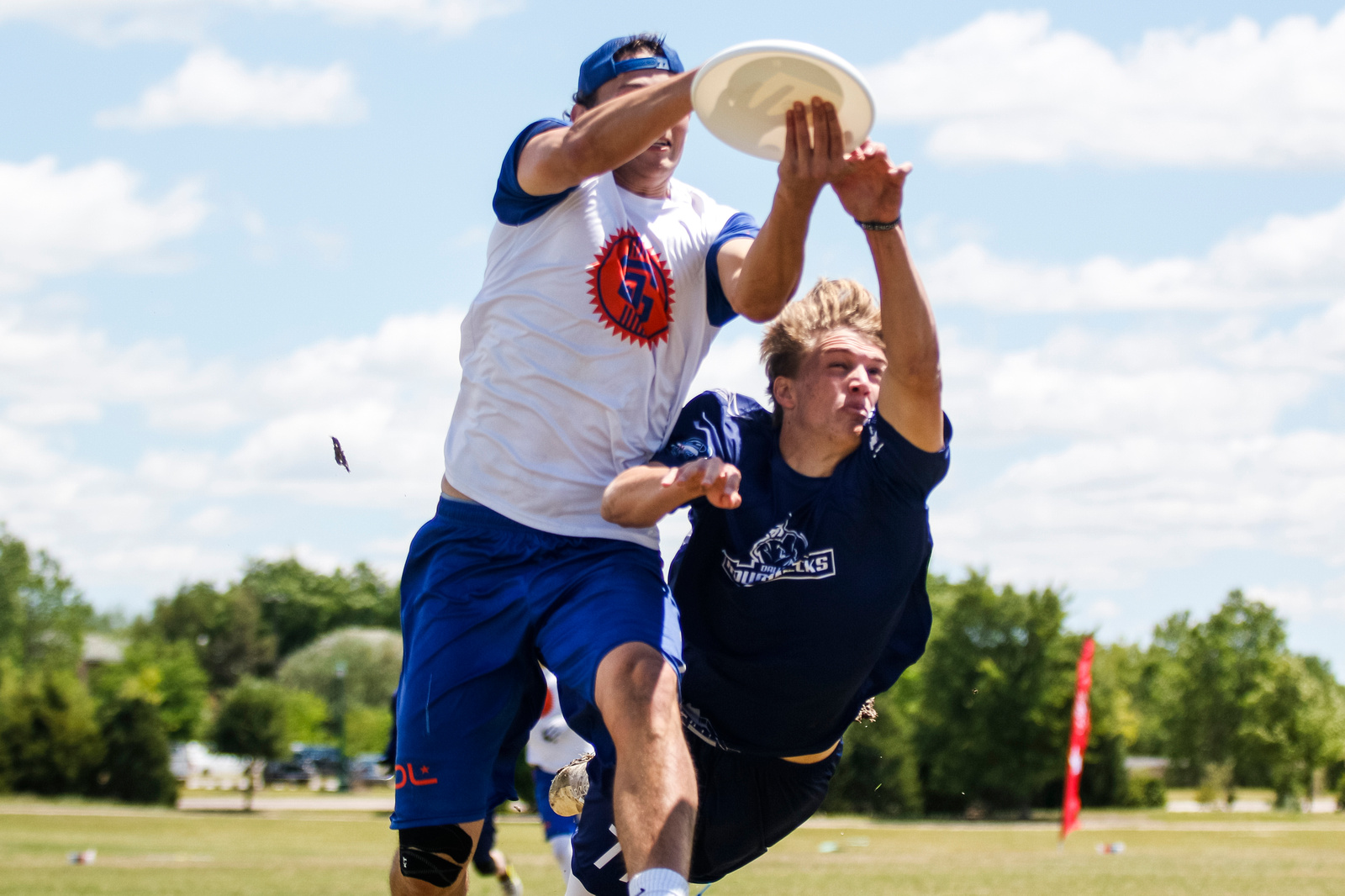 Photo by Daniel Thai for UltiPhotos

I also spent 2016 gathering data from the AUDL’s Austin Sol. Across two double-header weekends for the Sol, a typical offensive point lasted 20 seconds. An O-line cutter made three efforts longer than 20 yards during those 20 seconds. Between those efforts, that cutter mostly jogged or walked, except for initial cut steps meant to pull a defender off-balance. That cutter typically played 23 points per game.

In summary, a typical cutter for Sol needed about 69 long sprints in a game. 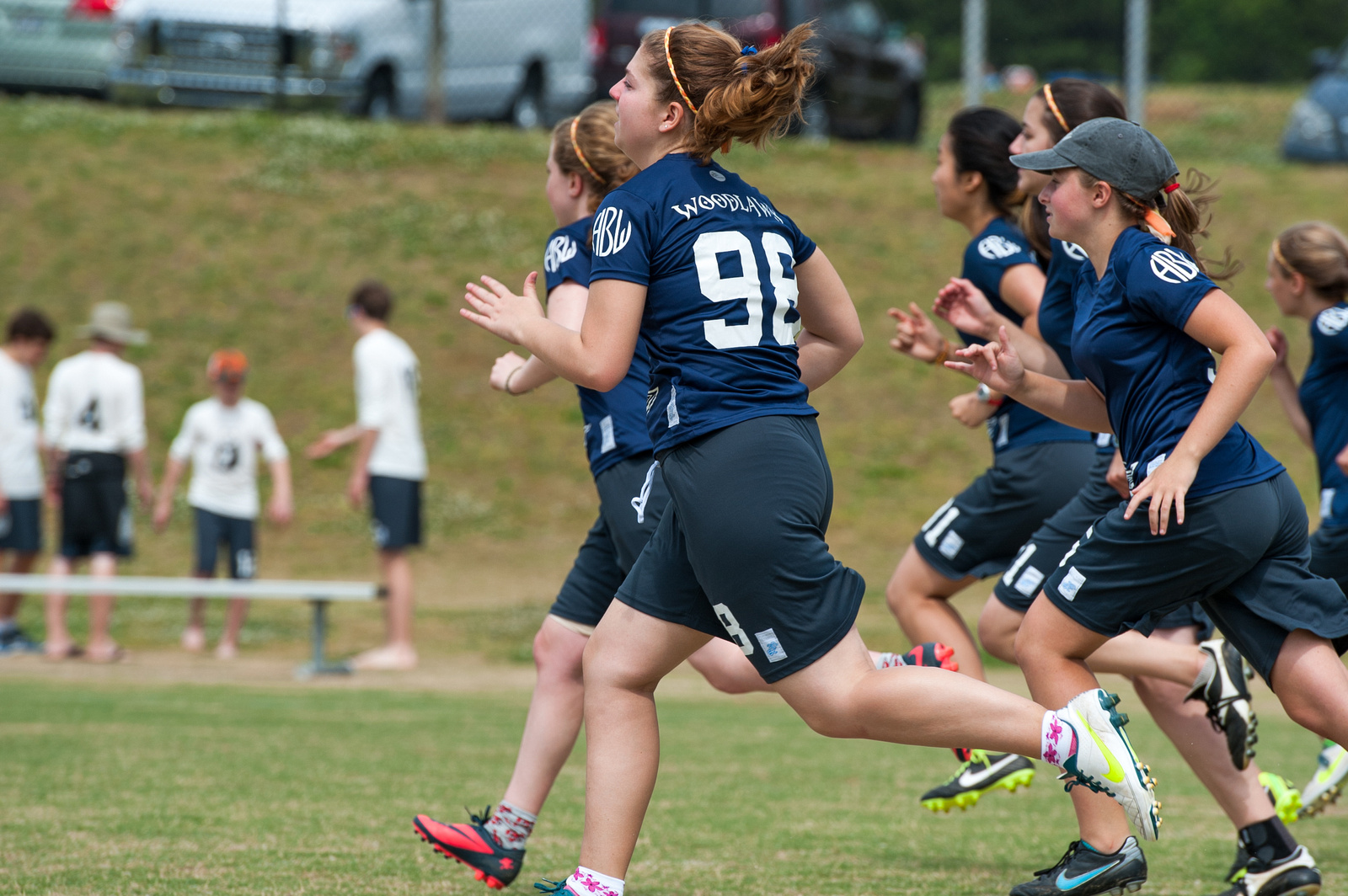 Photo by Terry Nelson for UltiPhotos

What part of TEN 200-meter repeats prepares your body to accelerate 70 or 80 times in a game? How do the roughly 120 steps necessary to run a 200-meter sprint relate to the THREE great steps you need to create separation from your defender? How do 2,000 meters of running upright on a track prepare your body for 500 yards of hard acceleration? How do 15 minutes of running with poor technique relate to nearly two hours of intermittent 20-yard sprints?

You need conditioning to play this game. However, you will not find the right type of conditioning in 200-meter repeats. If you feel out of shape when you play or your feet and shins hurt from track workouts, you have a specificity problem.

When Austin-area ultimate players train with me, we focus on becoming faster and getting stronger. I encourage ultimate players to play ultimate in order to get in shape. Mini, 3-v-3, and goaltimate all have their uses during practice sessions. If you must run on your own to get your conditioning because you cannot play two or three times per week, read on.

Long shuttle runs and on-the-minute (OTM) short sprints are the best practice sessions I have found for developing ultimate-specific endurance. Here are two sessions Austin Sol and Texas Showdown were using in 2017:

2. OTM sprints: Out 40 yards and back, five times. Start each sprint at the top of
every minute. Three sets with two minutes between sets.
There are 10 hard efforts per run, 30 hard efforts per practice session, and 1,200 yards of total running. Each run lasts between 10 and 13 seconds for fast players.

During the season, complete each session once a week and attend two team practices. Your body will learn to accelerate repeatedly with short recovery periods. Your body will adapt to the demands of ultimate.

Results with Austin-area mixed players suggest that if you run faster and more
efficiently, you may not need conditioning on top of practices at all...but if you must go run, give up the track workouts. No more 10 x 200-meter sessions. No more 45-minute hill workouts. No more suffering for its own sake. Choose training that looks and feels like the game.

This article is based on an excerpt from Dunte’s book of an upcoming ATX Speed and Strength book, Fast Kids Don't Train Slow: The ultimate player's guide to running faster.

Dunte Hector is the owner and head coach at ATX Speed and Strength in Austin, TX. Since 2015, he has coached over 100 ultimate players around the world to run faster, jump higher, and minimize common injuries. Dunte helps athletes stay in the game longer. His training programs are based on personal experience and thousands of data points he has gathered from hundreds of athletes around the world.