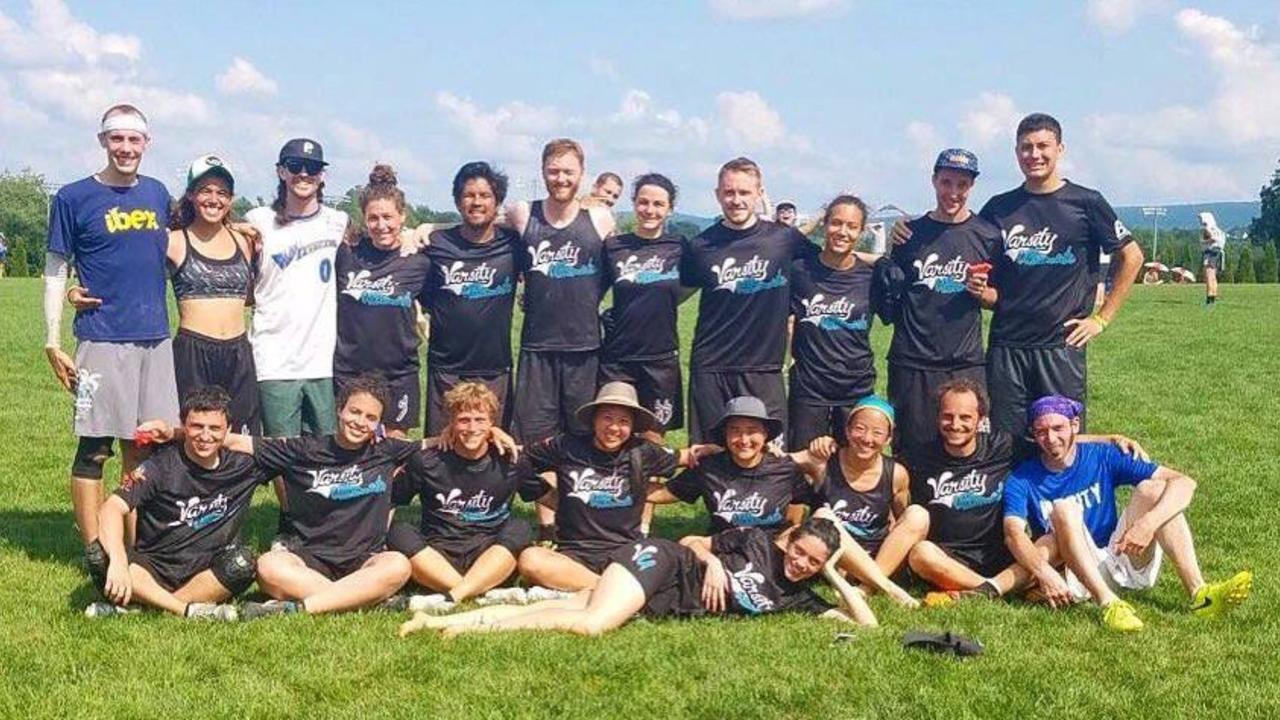 Varsity Ultimate is a mixed club team based in Brooklyn, NYC, that values "spirit of the game, gender equity, diversity, and self-accountability.” This year, they elected to become the first team to utilize a new remote Ulty Results mentorship product we're developing for leaders, captains, and/or coaches. ⁣

We love that Varsity prioritizes gender equity, and sat down with them to learn more about how they incorporate it into their team culture. Brittany “Bitty” Francis and Jordan Tippitt lead the team as captains and hope to build a 2019 roster with an equal number of women and men. What are the steps they took to get there?

Step 1: Get Leadership on Board

Team culture begins with team leadership. For gender equity to be a priority on your team, it needs to be a part of the team culture. Leadership bodies are often the ones who can influence team culture the most and set the tone at the beginning of the season.

Start with a conversation within leadership and work to get everyone on board. This can be a chat between captains and coaches or a chat with more members involved, but the importance is to collectively understand that gender equity is something you want to continually work towards and acknowledge, throughout the season.

From Bitty: “We informed the team that we would be doing match-ups without regard to gender and that this practice would start with Jordan and I matching up against each other. We encouraged our womxn players to seek out cross-gender match-ups whenever they wanted to and encouraged men players not to re-arrange themselves to avoid this. We got feedback from our womxn players that this was a really exciting change.”

Step 2: Start Conversations with Your Team

Have an intentional team meeting where gender equity is discussed. People are coming from lots of different backgrounds when it comes to experience with GE, so it’s important to have space where the team can talk about it what it means for your team and why it’s important. Equity in Mixed Ultimate emphasizes the importance of building a team culture that values GE in the pre-season and acknowledges how these conversations will be different for each team.

From Bitty: “At our 2018 pre-season team retreat, we held Varsity Ultimate's first ever Gender Equity meeting with the team. There, we invited our teammates to share their experiences and reflect on how gendered expectations about ability and performance have influenced all of us, both on and off the field.  We got really great feedback after this meeting and learned that many of our teammates had never had the opportunity to just sit and listen and share on these issues. Our men players found the discussion enlightening/formative and our womxn players felt heard and empowered. We think this experience put people in the right headspace heading into the season.”

*See the bottom of this post for some of Varsity’s discussion prompts.

When people come with different experiences that inform their perspectives, it’s important to share resources so that folks can keep learning. Equity in Mixed Ultimate is a great place to start. Jordan’s perspective about involving women on the mixed field was specifically influenced through past Ultiworld pieces by Jane Carlen and Kathy Frantz that feature extensive research about the underrepresentation of women in elite mixed ultimate. Share these pieces and start conversations in-person or on your team group chat. Continue these discussions throughout the season.

One way to start shifting your team culture is to use gender-inclusive language. If captains and coaches are changing their language, this signals to the team that this is a priority and that they should follow. Have conversations about why this is important, and use your teammates to hold you accountable. If your team reminds each other every time someone doesn’t use gender-inclusive language, it helps one notice, acknowledge, and fix it. Examples include not using “hey guys,” but instead “hey all” or “hey folks” or “hey team,” etc. Instead of “man-defense,” say “person-defense” or “match-defense.” Upwind Ultimate tweeted about gender inclusive language and this essay also helps explain why it is so important.

Step 5: Be Open to Feedback and Create Communication Paths

As leadership, be open to getting feedback from your team about the things you’re doing well, along with the things you’re not. Jordan and Bitty created a response form after their first gender equity discussion which allowed their teammates to share comments and criticisms. Surveys aren’t always necessary, but creating different pathways for communication helps folks feel comfortable sharing their thoughts (not everyone will be ready to speak their thoughts out loud).

Once the season starts, look at how your team plays and examine how you can be more gender equitable in your strategy. One way that Varsity plans to do this is by taking statistics and by looking at film, then asking questions like “who are we throwing to?” and “what are we doing when women have the disc? Do we cut differently?” By analyzing the ways your team plays, you can start to see the ways your team can improve.

Bitty and Jordan were pleased to discover, looking at their 2018 stats, that all of their top three scorers were women. They also had several teams approach the squad and say they were struck by how uniformly Varsity relied on all of their players, regardless of gender.

You will make mistakes, and if you’re transparent, you can use those instances to grow together. Jordan and Bitty realized that as captains, Jordan was talking much more in the huddle than Bitty. They acknowledged that this was partly due to their personalities, in that Jordan is generally a more talkative person, but they also wanted to improve upon it throughout the season because it was also informed by gender roles, in that Jordan is a man and Bitty is a woman. They talked to the team about their intention to make huddle talks more equitable and also asked for feedback if teammates ever felt like talk-time was becoming skewed again.

By acknowledging your mistakes to your team, you’re encouraging a culture where it’s okay to mess up because you’re going to learn from that mistake and keep trying to be better.

We all have implicit biases that inform the way we interact with people. Unfortunately, many of these implicit biases support structural oppression and inequality. By examining the ways we unintentionally hold up the patriarchy, we can work towards dismantling those biases within us. Jordan and Bitty noticed this throughout the season when they realized that most of the team only informed Jordan when they were going to miss practices. Even though a policy had been implemented to send an email to the team handle, Jordan was often the only one being sent messages. They recognized that this was probably due to an implicit bias that favored Jordan as the man captain, and talked to the team about why it was important to follow team policy and inform both of them.

From Bitty: “We also had frequent discussions with our men players about the subconscious inclination to "go easy" on womxn players in cross-gender match-ups. We encouraged them to unpack and examine whether this inclination was fair, and whether it was truly about size or physical ability, or whether it was rooted in the stereotype that women are weak/need to be protected. We emphasized to the team that you are not only doing a disservice to your teammate when you play less than your best, but you are also doing a disservice to yourself, because we have something to learn from every single player on our team.”

Step 9: Take What You've Learned into the Next Year

Gender equity is a process that won’t be completed in one season, if ever. Take what you learned from the previous season, and pass it on to leadership for the next season. Varsity learned a lot in 2018 and are now aiming to create a roster with 50% women and 50% men. They haven’t found a coach that matches their team culture, so Bitty and Jordan have taken on part of this role with the help of Ulty Results’ leadership mentoring program. Through their subscription, both Bitty and Jordan get access to all our online resources (the URCA classroom, the USP, and the UAP) and meet with UR to develop and progress an action plan specific to what they need for their development. Each month they also get a coaching call with an elite coach that can support their learning, answer questions, and help them execute on that action plan.⁣