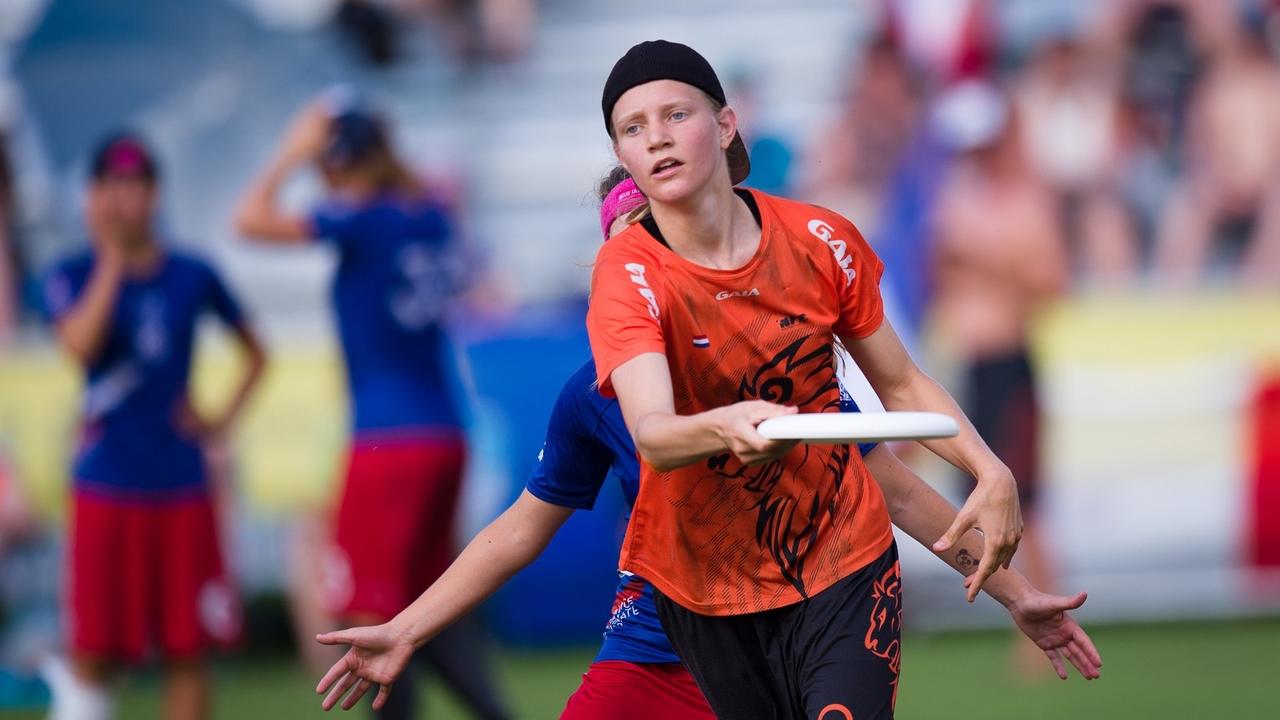 Photo by Kevin Leclare for UltiPhotos

The stories of our athletes vary widely, and we’re taking the chance to profile how they found their way to where they are now. In this piece, we talk to UAP athlete, Dutch U24 international, and GRUT star Floor Keulartz about her ultimate upbringing, choosing between teams, and her international ambitions.

Floor started at a younger age than many players and has used that head start to play at the highest level for both club and country. She plays women’s with AUC in Amsterdam, is a part of the exciting young mixed team GRUT, and recently racked up some impressive stats (team leader in assists, second in goals) for the Netherlands at WU24s in Heidelberg.

How did you start playing ultimate?

I was around 9 or 10 when I first learnt about ultimate. I was playing soccer with some friends in Amsterdam when we were asked to join a youth ultimate frisbee training. AUC (or Crunch as it was called back then) were just forming a youth team for the first time and only had a couple of youth members. They asked me and my friends to come back after the summer break to keep practicing.

After the summer, I was the only one of my friends who still wanted to play. I enjoyed the first practices so much that I decided to keep playing and I joined the club. From that moment on, I was hooked. I don’t know exactly what attracted me to the game back then. I think I just enjoyed that it is so versatile and there are lots of components to practice. The team aspect was also something I really enjoyed. When I was younger (5-10) I used to do athletics, but when I started ultimate, I realized that the team aspect is one of the most important in sports for me. I really liked getting better together and having a really competitive environment in practice.

What's your playing history since then?

Besides some pick-up teams, I have mainly played with AUC, GRUT and Dutch national teams. I played in the youth teams of AUC and joined the adult women’s team when I was 13 or 14. I was lucky to train and play competitions at a high level from an early age. When I was 16-17 I even got the change to captain this team. I think this really helped me in my development as a player. We won many Dutch outdoor and indoor championships together.

Besides playing women’s with AUC, I played mixed with GRUT. We started playing together when most of us were 13. We started with a small team and playing mainly indoors. Later on we expanded and started playing outdoors. We won our first Dutch mixed championships in 2015. After that, we realized that we could really achieve something with this team and started to take it a little more serious. We won the Dutch mixed championships 3 times, won Windmill twice and won EUCF. And of course, in 2018 we reached the quarterfinals of WUCC.

Besides all these club activities, I have also played with multiple Dutch national teams. I joined the national team for the first time when I was 13 and have played with them every year since. We won EYUC 3 times (twice with the U17 team and once with U20 team) and we came 4th and 5th at WJUC 2016 and 2018. Last year I played in the WU24s where we ended 6th in the world.

Over the past few years, it has been pretty hard to combine two club teams and a national team every year and I really had to make choices and priorities.

What motivates you to keep improving as a player?

That’s actually a really difficult question, because it is so natural for me to keep pushing for improvement. I think it is just in my nature to aim for the best. I want to be the best player I can be and help my team in any way to get better. Of course, I dream of being a world champion with my country and club one day. I think that is only achievable when you work hard every day.

But it is not only about the big dream and the results for me. I honestly love the practice, the gym, the throwing, the sprinting etc in itself. I like working hard and seeing it pay off in small improvements.

Want to train like Floor and see your hard work pay off too?
Join the Ultimate Athlete Project!

What's it like playing with GRUT? Do you ever feel the pressure of the team’s reputation or does it amp you up further?

I absolutely love playing with GRUT. We started together when most of us where 13 so we really grew up and learnt how to play ultimate together. We are a tight group of friends who have lots of fun together. I like the fact that we can combine the friendship and fun with lots of ambition and hard work. The fact that we have such a history together makes us work hard for each other and makes the wins or losses more special.

At first, I think there was hardly any pressure on us. People didn’t really know us, we were young and the underdog at big tournaments. But after we had won Windmill and EUCF, I think we started to feel the pressure a bit more. We were no longer the underdogs and we had to deal with expectations from ourselves and others.

Especially at the beginning of WUCC, I think the pressure got to us and me personally. But most of the time, it gives me confidence to know that I play with such great players and such a unique playing style. I think we are a team that can thrive under pressure and can get the best out of ourselves at these moments. What we have achieved so far makes us hungry for more.

How was WU24s? Did you relish being such a big influence on the team and enjoy that pressure?

WU24 was a bit of a roller coaster for us. We had some great games, some sloppy games and that resulted in a 6th place finish. Overall I’m pretty happy with 6th place, although I think we had a shot at a medal. I don’t think stats are that important and I think our performance was a really good team effort. I think that I personally had a good week and I enjoyed being important for the team. 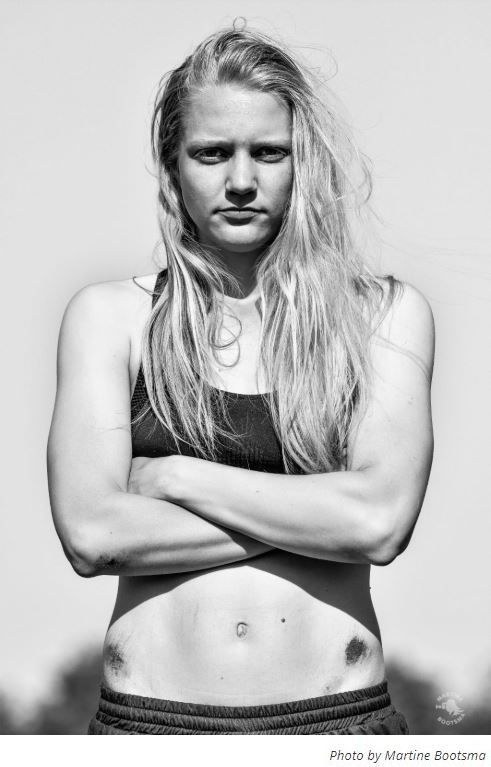 I did feel the pressure at times though. Most of the time I enjoy that pressure and it makes me play better. I enjoy games that are tight the most and those usually are the moments I feel confident and I play really hard. Especially on defence, those are the moments I play my best. But sometimes the pressure got to me and I started to make stupid decisions. When there is lots of pressure on me or the team I sometimes lose the overview of the situation and make bad decisions. I think this is the biggest flaw in my game.

What are your ambitions for the next few years?

I want to become World Champion one day with nation and club. We will try to achieve this next year with the Dutch national mixed team at WUGC in 2020. In 2021, I will probably play WU24 again. And GRUT will have another shot at Worlds in 2022.

Personally I would also like to play abroad one day. Preferably with a club team in the US or Canada to play nationals or in the PUL. I would love to play at the highest level in the world to get better and see how I compare to these great players.

Read more:
Check out our Learn from the Best post on mastering throws to hear how Floor turned her backhands hucks from a throw she’d actively avoid to a weapon of choice.