A Season on UAP Premium: to Burnout and Back with Brooks Anderson 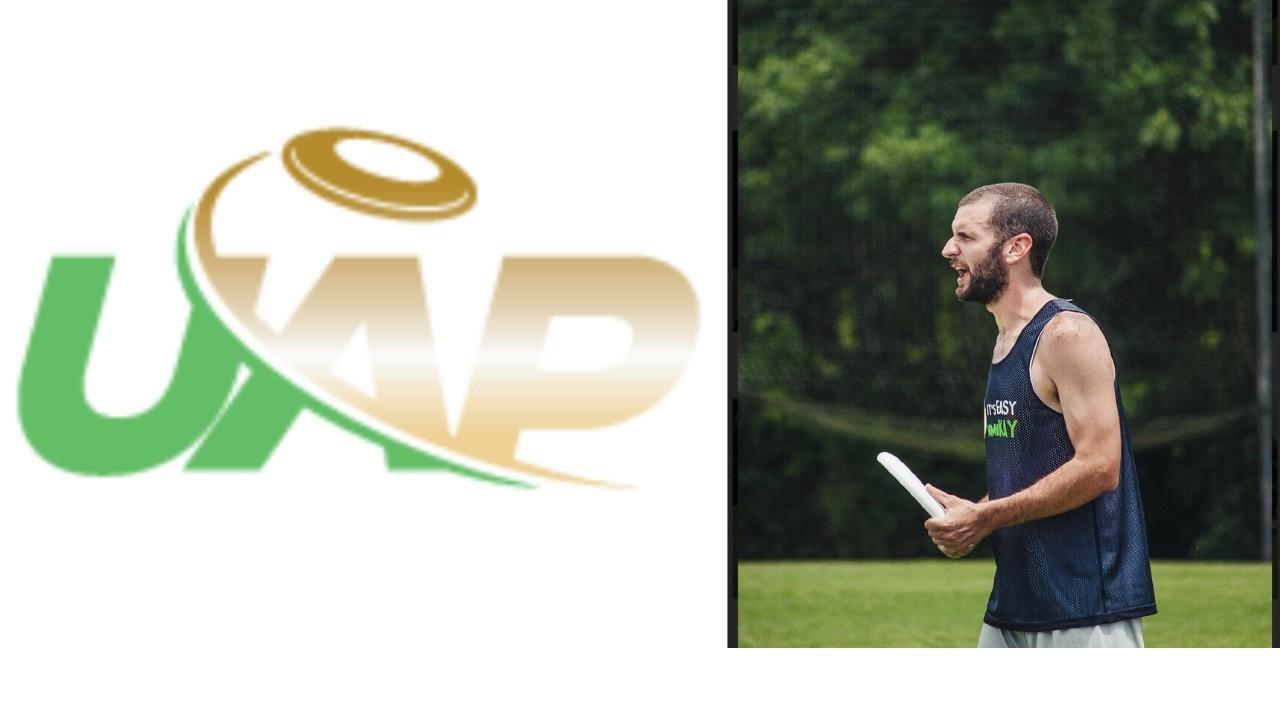 Brooks Anderson was one of the first members of our UAP Premium program. He joined us for our first opening in October of 2018 with the goal of being ready for club tryouts in the spring.

Our goal was to help Brooks identify his strengths more clearly. We armed Brooks with a tryout plan and helped him focus on mental toughness and pushing himself physically.

We asked him to answer a few questions and share some of his experiences with UAP Premium on his journey through the off season and into tryouts with Chain Lightning.

What were you doing before joining the UAP Premium program?

"I suffered a bad groin injury in 2012 and as a result, I quit playing ultimate for a few years. When I first came back to ultimate in 2016, I was extremely out of shape. The UAP program helped to get back to peak physical condition. After doing the program for a few years, I wanted to challenge myself a bit more. Once I saw that Melissa had started a premium program, I knew that it was a challenge I wanted to pursue. "

"The result was honestly something I didn’t expect. From a physical standpoint, I was in great shape. However, when I compared my physical strength from this season to the prior season, there wasn’t a huge difference. The biggest change I noticed was in my mental strength. I went from being unsure of my abilities to knowing that I am a great player that can play for high level teams. I can carry myself confidently on the field even when I make mistakes."

Best Parts: Skills and One on One Coaching

"The modules and one on one video calls were my favorite parts. The modules helped me to break down specific aspects of the game that I had never thought of before (how to analyze game film, how to increase/utilize mental strength, different throwing forms, etc.). I would say these helped me the most.

The other great part of the program was the video calls. I have a tendency to put high level players and coaches on a pedestal. When I talked to these people one on one though, I discovered that they had gone through a lot of the same things I had. I was able to come to the realization that these high level players weren’t always perfect and that becoming just as good as them was an attainable goal.

I don’t really believe that any part of this program was bad, but there were a few things that I had wished were different at first. I was looking for something more specialized. I thought it was going to be completely tailored workouts to my needs. Now realizing that was kind of a far-fetched idea (based on the price point).

I thought I knew what was going to be best for me. But then you all made the recommendations. And then got me on the path to where I needed to be. I definitely think that doing more skills work for me personally was a huge help. Definitely developed me more as a player than just working out did.

Clarifications on UAP vs UAP Premium

Melissa here: Since I’ve had questions several questions about "What is the difference between UAP and UAP premium?", I want to be super clear. UAP Premium gets you access to our UAP Strength and Conditioning plan. From there, we individualize a plan of ultimate development (which includes all of our online drills and ultimate coaching and strategy presentations) and a monthly coaching/mentoring schedule. We focus relentlessly on what we think will most efficiently get you from where you are now to where you want to go as a player.

For most players who are not yet at the elite level, it is easier to improve skills, game IQ, and mental toughness by an additional 20% vs trying to eke out an extra 5% athleticism beyond what our Periodized UAP S&C program already delivers. However, if we DO determine that it really is the extra 5% in athletic performance that will get you where you want to go, then we will focus on that - either via nutrition coaching or by tweaking your UAP Programming in your monthly consultations.

Now, back to Brooks!

Growth Mindset and Getting Into Skills Work

At first I felt a little down about it. Oh like I don’t know if I need to develop the skills, I think I’m already there with these things. Then actually doing the steps necessary…. it ended up really helping. After getting into July and August, I realized I’m doing these certain skills way better than I used to.

It’s not going to be immediate satisfaction. You’ll see that it’s going to pay off, but it will take awhile.

How Hard was the UAP Premium Program?

TOUGH. I won’t lie, I went into this program thinking it wouldn’t be that hard. I quickly realized that this wasn’t something I could breeze through. I’d equate it to taking a course in college: You have to study. The modules, video calls, and workouts all take a lot of time and effort. If you really want this program to yield the best results, you have to be willing to go over all the information you’ve been given.

My advice to anyone who is thinking about doing this program is make sure you have the time. If you’re in a place where you have a lot going on, then it might be best to stick to the regular UAP program. Between work and the Premium plan, I nearly burned myself out. I got to a point where I almost quit altogether. This thing can be stressful even when you don’t have a lot going on so make sure that you are willing to put in the time. Study the modules, take notes during your one on one calls, focus on perfecting your form during workouts. Every detail of the program matters.

So going into tryouts, I knew I was prepared, but I still had a little nervous feeling. Luckily, it wasn’t nearly as bad as it had been in the past, and it went away pretty quicker than normal. I felt confident in pretty much every throw and every cut I made. I had very few mental errors which helped boost my confidence a ton!

There was a moment during a break mark drill where I threw a pretty insane inside backhand break (still not quite sure how I threw it haha). Even the guy who was marking me (one of the Chain captains) said, “how did you throw that?” It seems like a small, silly thing to talk about, but it was kind of a big moment. I realized that all my throwing reps combined with the confidence from mental strength training allowed me to make that throw. It really showed me that the work I had put in was paying off.

On not making the team. Was it worth it?

I won’t lie, when I didn’t succeed, it definitely hurt. You never want to have that happen. However, it wasn’t all for nothing. Through this program, I learned just how far I can push myself and that I’m already a lot tougher than I thought.

I know that I am a great player and this program gave me the confidence to believe in myself. I’m proud of the fact that I worked hard and left it all out on the field. I would rather try and fail than not try at all. So was it worth it? Absolutely.

About The UAP Premium Program

If you're interested in going on your own journey of athletic, skills, and game IQ development, sign up here!

UAP Premium gives you access to our UAP Strength and Conditioning plan, skills modules designed by some of the best players in the game, and presentations on tactics and strategy.

Most importantly we give you a plan of study and individualized support via one on one video calls each month.

Brooks was able to consult with mental strength coach Anna Rogacki, Canada’s U-24 coach Alex Davis to clarify his tryout strategy, and had regular mentoring calls with Truck Stop’s Austin Bartenstein. Your coaching and mentoring calls will be dependent on your own personal goals.

If you want to join the UAP Premium program, you can sign up here.

We are admitting new members this week only. Heads up, spots are limited to 20 players!